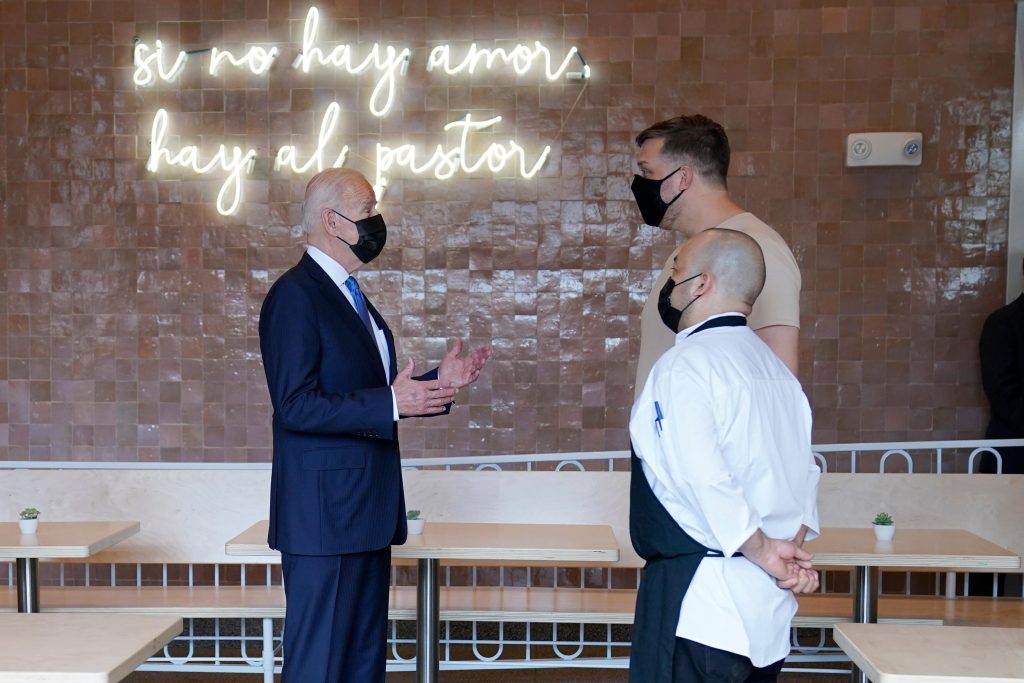 
One of Joe Biden’s first messages to the world after the 2020 election was that America would lead “not by the example of our power, but by the power of our example.” Yes, the American example is a powerful tool of influence. But how is this example seen around the world?

The Eurasia Group Foundation set out to answer this question in its third annual international survey. He interviewed more than 5,000 people in 10 countries, including allies such as Japan and Germany and adversaries such as Russia and China. Conducted in March, the survey was a first look at views on America and American-style democracy under the Biden administration.

Three trends in the survey results stood out to me. The Biden administration would do well to view them as it seeks to reshape our country’s engagement with the world.

First, the United States is making the most of its non-military influence.

The survey asked respondents from all 10 countries whether certain forms of US engagement had positive or negative influences on their country. The list covered the sale of military weapons and vehicles, military collaboration, American-style education, American private foundations, American diplomats, support for American development, American culture (movies, music and television) , American businesses and consumer products.

Both forms of military assistance ranked lowest for their positive influence. This means that non-military tools, often referred to as “soft power,” bring the United States more goodwill and more influence globally.

Why, then, is the United States spending so much money and effort on military tools and engagement? And how might we promote cultural, economic and educational ties – ties that ultimately also fuel our local economies and businesses? Here are some questions the Biden administration should be asking.

Second, our costly military commitments to treaty allies do not strengthen our reputation.

The United States has 55,000 troops stationed in Japan, 36,000 in Germany and 5,500 in Poland. These outposts might reassure the governments of our allies, but they do little to reassure the local public. When asked if US military involvement in their region promotes stability, citizens of Germany, Japan and Poland were not enthusiastic. Majorities in Germany and Japan either disagreed or had no opinion. US military involvement was more appreciated in Poland, but barely by a landslide, with only 53.2% agreeing that it promoted stability.

Respondents were also apathetic about whether the United States had positively influenced their region over the past 20 years. In Germany and Japan, more than half believed that the influence of the United States was having little or no effect or had been negative. Poland was more evenly divided, with a slight majority finding it positive.

Of the 10 countries studied, the two with the largest US military footprint – longtime allies of the United States, Germany and Japan – had the lowest overall favorability ratings of the United States as a country and of American-style democracy, even weaker than respondents’ perceptions. in Russia or China.

This is my third take out. Biden was right when he told Congress that America needs to prove to the world that our style of democracy still works.

It all says that we need to build on the things the world already prefers in America, from development and diplomacy to culture and commerce. For example, we could reduce our troop commitments to friendly countries and use the money saved to boost awareness and cultural engagement.

The polls are imperfect. But this dovetails with my experience as an American diplomat overseas.

Wherever I represented the United States, an affinity for America persisted, even during the difficult years and alongside growing concerns about our military adventurism. In Nigeria, I interviewed students who wanted to study in American schools. In South Sudan, activists have sought our advice on protecting a free press and building an active civil society. In Somalia, politicians have sought to recreate the US House and Senate. (I had my own doubts as to whether our Congress was something others might want to emulate.)

The power of our example was evident to me then, even at times when it was more promising than real. If President Biden is serious about leading by example rather than by force, we could improve not only our reputation but also our influence in the world.

Elizabeth Shackelford is Senior Research Fellow in American Foreign Policy at the Chicago Council on Global Affairs. She was an American diplomat until December 2017 and is the author of “The Dissent Channel: American Diplomacy in a Dishonest Age”. She wrote this for the Chicago Tribune.