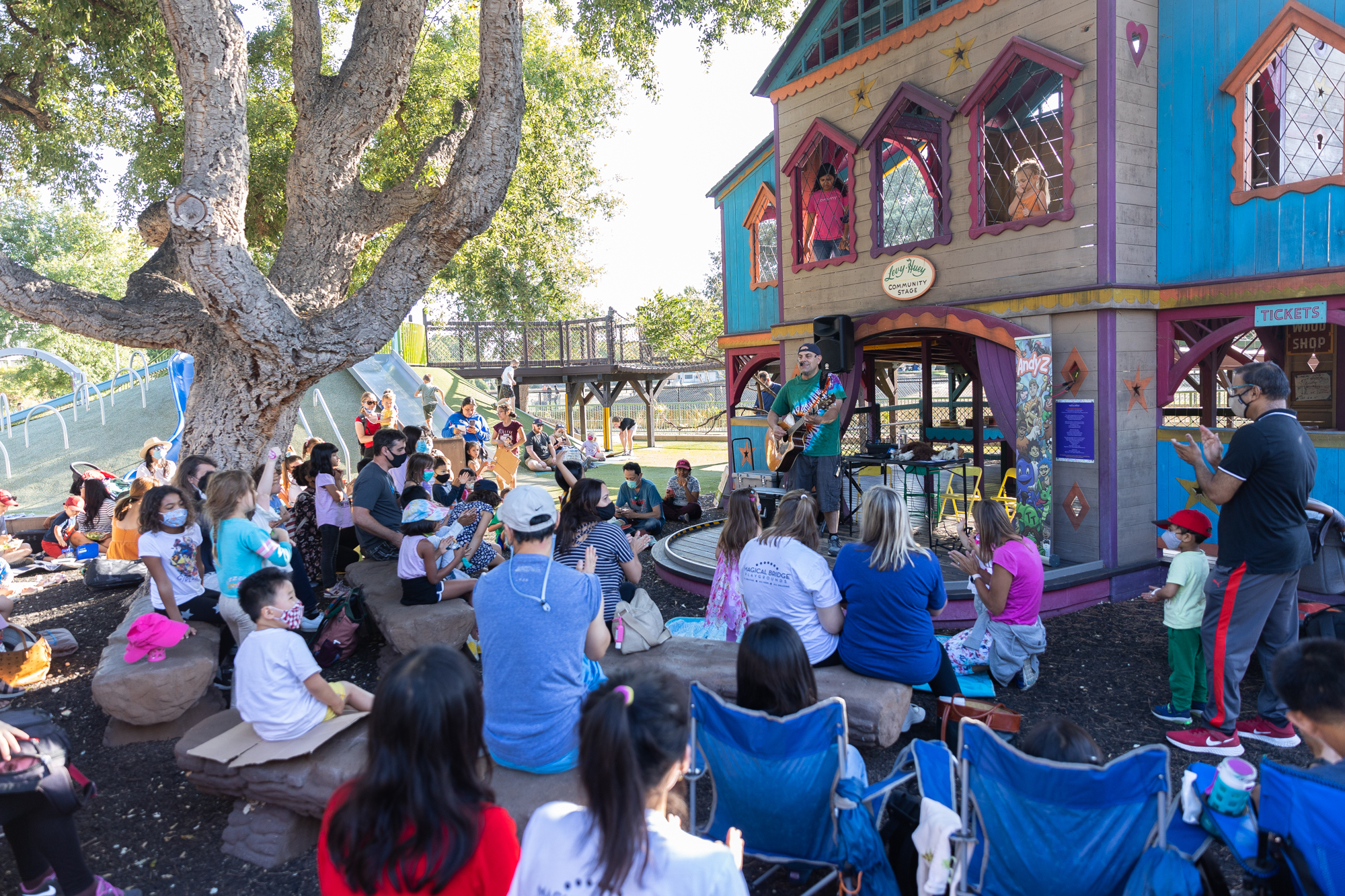 Cloudless skies and warm weather draw peninsula residents and visitors in droves to summer festivals, fairs, concerts, and other seasonal events centered around food, art, and community. And with the past two summers of COVID canceling or limiting many events, many are eagerly awaiting the return of iconic summer festivities like the Shoreline Amphitheater’s July 4th Fireworks Show and the San Mateo County Fair. Check out our guide to summer fun to fill your calendar from June to September.

Musical series and festivals: Free concert series are everywhere this time of year. Find everything from tribute bands to reggae on Music in the Square in redwood town every Friday at 6 p.m. until September 2; Concerts on the Square every Friday at 6 p.m. at Civic Center Plaza downtown mountain view until September 30; summer concerts for children every Thursday at 11 a.m. until August 4 at Linden Books in Los Altos; from Palo Alto Family Concert Series at Magical Bridge Playground at 6:30 p.m. select Fridays starting June 10; the first annualPV Palooza in Portola Valley June 11, followed by summer concert series select Thursdays at 5:30 p.m. starting July 14; and an old-fashioned orchestral concert with Ye Olde Towne Group at Shoup Park in Los Altos at 1:30 p.m. every last Sunday of the month from June to September.

Movie nights: Watch a movie under the stars or from the comfort of your car this summer. The Town of Redwood Movies in the square are scheduled every Thursday evening until September 8, with children’s films at 6 p.m., independent films at 8 p.m. and the evening’s feature film at 8:30 p.m. Join the San Mateo County Parks Department for its movies in the park series which includes June 18 at Flood Park in Menlo Park (“Untamed Spirit”). Family movie night at Mitchell Park in Palo Alto includes “Sing 2” on June 17 and “Luca” on July 22. mountain viewit is outdoor movie night series in city parks begins with “Sing 2” on July 8 at Cuesta Park and concludes on August 12 at Rengstorff Park with “Space Jam: A New Legacy.”

Artistic festivals: Summer is peak time for art lovers who wander the sunny streets of the city in search of paintings, tchotchkes, jewelry and more. Art in the Square in redwood town takes place over four Fridays starting June 17; Chalk Fest is scheduled for June 25 City of Daly; the Los Altos Arts & Wines Festivalme and the Clay and Glass Festival in Palo Alto take place on July 9 and 10; Fine Arts in the Park in Los Altos is August 13-14; Pescadero hosts its Arts & FunFestivalAugust 20; Burlingame on the Avenue is August 20-21; Palo Altoit is Arts Festival returns August 27 and 28; the Kings Mountain Art Fair returns to the wood side over Labor Day weekend, just like Millbraeit is Art & Wine Festival; mountain view50th anniversary Art & Wine Festival is September 10-11; Santa Clarait is Art & Wine Festival is September 17-18; and Pacific Coast Fog Party is back in Pacifica September 24-25.

4th of July celebrations: The 4th of July is back this year on the peninsula. Head toward Mitchell Park in Palo Alto at 11 a.m. for live music, food trucks and children’s activities. Shoreline Amphitheater at mountain view hosts its annual fireworks, accompanied by the San Francisco Symphony Orchestra. The Chalk Full of Fun Fest (July 3-4) and july parade return to redwood town this year, with fireworks over Redwood City Harbor to cap off the day. Host city hosts a all day celebration with a pancake breakfast, barbecue lunch and activities for children, with fireworks over the lagoon in the evening. Half Moon Bayit is festivities it will kick off with a pancake breakfast at 8 a.m., followed by a parade down Main Street at noon and a block party.

Cultural and gastronomic events: The quintessential summer event, the county fair, is back starting with the San Mateo County Fair crosses June 12. The Santa Clara County Fair July 10 and July 23-30 will be a little less conventional this year: it will be dedicated to animal husbandry and household art exhibitions, with free entry. No carnivals, commercial vendors or traditional fair food will be offered in 2022, but this year’s offerings include the Junior Horse Show on July 10, the Dog Show on July 23 and the Dairy and Pygmy Goat Shows on July 24.

Drink in a British-style inflatable pub at pub in the park in redwood town July 16, August 6 and September 10, with beers and ciders from local breweries, food trucks, live music and free lawn games.

Try bites and drinks from 20-30 companies at Taste of mountain view June 22a gourmet, wine and beer walk that starts at 4 p.m. in the city center.

A long-running Peninsula festival that went virtual last year is back on July 16: the Obon Festival and Bazaara japanese party mountain view Buddhist temple with dancing, food and live entertainment.

After selling Greek starters and desserts to take away instead of a festival in 2021, the Belmont greek party is back in person for its 50th anniversary from September 3-5. Find gyros, loukoumades, and all your favorite Greek dishes, plus live music and artisan stalls.

Events for children: School is out for the summer, but there are plenty of events to entertain and teach the kids. Many of the above events are family-friendly, but some particularly aimed at children include bay bricks Lego Convention and Expo at Santa Clara June 25-26; superhero day in San Mateo July 16; and one family campsite in Santa Clara‘s Central Park on August 5 and 6, followed by a camp in Host city‘s Leo J. Ryan Park Aug. 6-7.