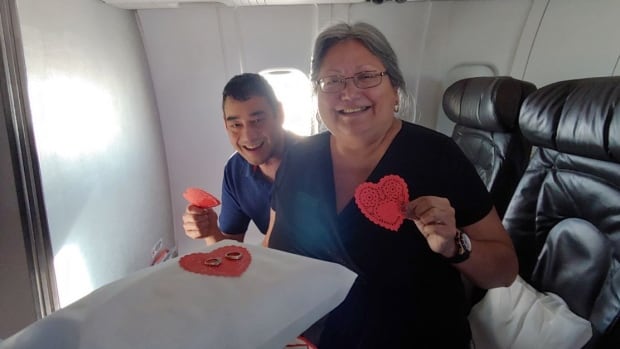 
Sharon Shorty and Derek Yap were all ready – Shorty had pins to trade, Yap was eager to see old friends in Japan, and they were both more than ready to cheer on Canadian athletes.

Then news broke that spectators would be banned from the Tokyo Olympics, and the Whitehorse couple threw their travel plans – nearly two years in the making – out the window out the window.

“I was like, really crazy!” Shorty said laughing. “But then I was like, well, these are the circumstances. I mean, obviously if they could, they would. There’s nothing they can do.”

It comes after the Japanese government placed the capital under a COVID-19 state of emergency due to the increase in new infections and the highly contagious delta variant. The statement was made by Prime Minister Yoshihide Suga, and the spectator ban was accepted by Japanese Olympic organizers, the International Olympic Committee, the International Paralympic Committee and the Tokyo Metropolitan Government.

Shorty and Yap had been planning their trip since 2019, but the dream dates back to 2010 when Shorty competed in the Vancouver 2010 Olympics as part of a Yukon Culture Contingent. She had a great time and since then has wanted to attend other Games, but this time without having to fulfill her obligations.

“I said I would just like to go enjoy and introduce myself as a spectator and just watch a sport, see the mascots and see the merchandise and do whatever. Go to cultural houses, Canada House. ”

Yap had also lived in Japan for a while, years ago, and he always loved to go back to see old friends and enjoy the food and culture. He had managed to secure day tickets for softball and tennis at the Games.

“I felt like we should see Canadian teams and Canadian athletes in these sports. So I was really excited to do it, ”he said.

Whitehorse Olympian Jeane Lassen, who competed as a weightlifter at the 2008 Games, said athletes can sometimes “feed” on the energy of an audience – but it’s not a necessary ingredient to excel.

She remembers how surprisingly quiet spectators were at the Beijing Games when she was there. She found herself thinking more about a recent event at her home in Canada, with many fans and supporters cheering her on.

“So that’s probably going to be exactly what these athletes will do, thinking of all the people who are holding them home,” Lassen said.

“I mean, it’s been a very strange year and a half of training for these athletes, so they’ve had to rely on their own internal motivation for quite a long time now.”

Lassen said the Olympians will likely just be happy the Games go.

Shorty and Yap are too, more or less. Shorty joked that she would refuse to watch any of the events on TV, but then thought it over.

“We fully understand that everything was in the air these days,” she said.